In January I will do my annual round-up of British horror releases, once again totalling more than 70 films. For now, here are the ten (well, eleven) best that I’ve seen among this year’s releases, listed in chronological order.

dir. Steve Lawson
Gripping horror-thriller about an enraged hunter chasing a young woman through a forest after a tragic accident. Shot as Rites of Passage. Theatrical release (as Survival Instinct) in February. UK DVD with third title in June.

The Other Side of the Door

dir. Johannes Roberts
Spooky ghost story set and shot in India, with echoes of The Monkey’s Paw. British theatrical release in March, US disc in June. Watch out for Jo Roberts’ shark film 47 Metres Down in 2017. 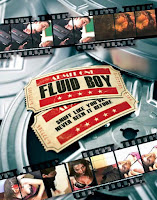 dir. Jason Impey and Wade Radford
Disturbing, transgressive three-hander in which an actress auditioning for a zombie film is abused by her potential co-star while the director does nothing. Echoes of Fight Club, maybe? DVD in March. 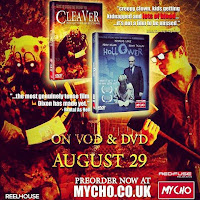 Cleaver: Rise of the Killer Clown and Hollower 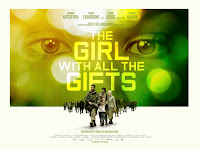 The Girl with All the Gifts

Dir. Babak Anvari
Awesome supernatural horror film set in Tehran during the Iran-Iraq War. A woman struggles to protect her daughter from a djinn as Iraqi missiles rain down. Won three BIFAs and could seriously get an Oscar nom. In UK cinemas in September, US theatres in October.

dir. Stuart Brennan
Impressively bleak zombie feature centred on a man who has planned ahead for just such an eventuality. American DVD in October and a UK theatrical release in November.

dir. Warren Speed and Chris Greenwood
Insane sequel to notoriously insane film chronicling the further adventures of Pervo the Clown. Released on UK DVD in October. Next year’s US disc will be retitled Female Zombie Riot.
This is a personal selection. Agree? Disagree? What was your favourite British horror film this year? Leave a comment below.
Posted by MJ Simpson at 20:25