Strong showing for British horror in the BIFA nominations

If you ever wanted evidence of a British Horror Revival, here it is. The nominations have been announced for the 2016 British Independent Film Awards. There are 5 nominations in 13 categories (not including the one for documentaries, shorts and international films). So 65 nominations and a whopping 14 of those are for horror films.

Under the Shadow has seven nominations with the others shared between five other British horror films, as follows: 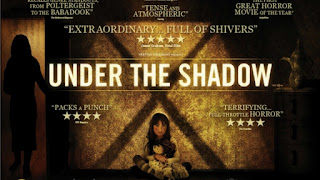 The Ghoul
The Discovery Award

Congratulations to all the nominees. Winners will be announced on 4th December.
Posted by MJ Simpson at 19:45