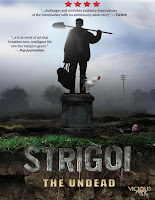 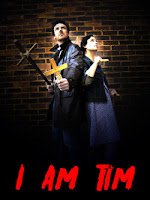 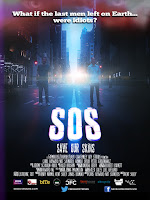 Peltzer Arbuckle is saddled with an inferiority complex, a crap job in the accounts department of a paper manufacturing company and a cute ex-girlfriend who is now dating a swaggering American arsehole. The last thing he needs is his childhood imaginary friend Ronnie to reappear suddenly and wreak havoc in his life, causing mayhem and dismemberment that all gets blamed on Peltzer. A tasteless, outrageous hoot from start to finish, this uproarious comedy is a love letter to Troma films. With The Human Centipede’s Laurence R Harvey as a bullied co-worker and fan fave Dani Thompson as Peltzer’s mean girlfriend. [Detailed review.]
Posted by MJ Simpson at 22:07