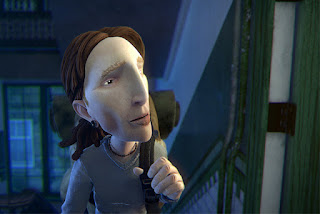 Comic book artist Frank Quitely - best known for his work on New X-Men, We3, and All-Star Superman with Grant Morrison, and titles such as The Authority and Jupiter's Legacy with Mark Miller - marks a move into animation with Nothing To Declare, an animated horror short.

The film is directed by multi-BAFTA-nominated animator Will Adams and produced by Mal Young, with artwork by Fraser McLean and Tom Bryant. It is based on a short story by Frank Quitely in which a well-meaning 19-year-old returns home at Christmas from backpacking in South America, only to discover he has unintentionally triggered a catastrophic chain of events.  The team expect the film to appeal to comic book readers, as well as fans of animation and horror.

For Quitely, it is not only his first foray into film - it is also his first time in the role of writer. He says:
“I’ve always loved the horror genre. I had written a bunch of short stories, and this one, I felt, particularly lent itself to animation. This is the first time i've written a story and handed it over to other artists to work on. It's my first venture in film, and the team I'm working with are exceptionally talented and have created a brilliantly crafted animation. I'm really excited at the prospect of seeing it finished.” 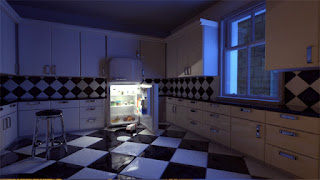 The film is a co-production between Scottish animation studios Once Were Farmers and Interface Pattern, marking the first collaboration between the multi-award-winning studios. It is enhanced by an original score by John Cummings, formerly of the band Mogwai, who left the band on amicable terms in 2015 to pursue other musical avenues.

Will Adams, Director, says:
"This will be the first home-grown short I've directed since 2009, so it's a rare treat to work on a project where we have real creative freedom. Having been a fan of Frank Quitely's work since I read his comics at school, it's been brilliant having the opportunity to collaborate so closely with him."
The team are currently running a crowdfunding campaign on Indiegogo to raise the funds that they need to complete the film. The campaign launched on Halloween, and raised 25% of its target within the first few days.

The campaign is a rare opportunity for fans to acquire original artwork by Frank Quitely and Fraser McLean, including unseen sketches from Quitely’s sketchbook, unique, signed frames from the film, and your own portrait as a Nothing To Declare character drawn by Fraser McLean.

The campaign runs until 10th December on Indiegogo. Please visit https://igg.me/at/NothingToDeclare for more information and to support the project.