Whatever happened to… Jack, the Last Victim? 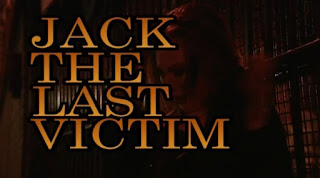 Among the lost-in-limbo titles in my BHR master-list is this curio, a meta-tale about a performance of a play about Jack the Ripper which becomes a horror story in its own right. It’s the only feature-length credit for Phil Peel, an experienced film-maker and tutor. Here’s the synopsis:

In a little Victorian theatre in the east end of London, the infamous story of the five victims of Jack the Ripper is being recreated in a rock musical. The film takes us away from the stage and out into the real locations of the murders, past and present.

Entwined with the stage performance is an equally disturbing backstage drama. Jenni, [Gillian MacGreggor] is a new actress, and she’s late for the show. We’ve seen her in a car with two businessmen, Geoffrey and Andrew [Roy Hudd and Peter Dombi]. She is seen running away from the car. What happened in the car? 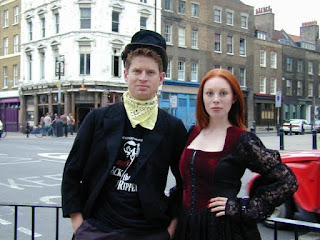 Back at the theatre, Trevor [Tom Wontner] is a young stagehand, shy and a bit of an “anorak”, he takes life seriously. Jenni, whose innocent looks disguise a brittle, sarcastic manner, is rude to all other actors and dismissive of Trevor’s fascination with Jack the Ripper. Paul [John Higgins] the shady manager of the company, is looking for Jenni he wants to know what she has learnt about his partner Andrew. Jenni keeps seeing a stranger in the theatre. No one else sees him......

Back at the theatre, Jenni and Trevor find that they have more in common than they expect, but she continues to be alarmed by the appearances of the stranger, while on-stage we hear the gruesome details about each of the Ripper’s victims. Jenni is to play the last victim, Mary Jane Kelly, but has become convinced that she is at risk. She turns to Trevor, the only person who seems to understand. But then Trevor finds out a secret about Jenni that tears them apart!

The rock musical in question is called Yours Truly, Jack the Ripper (by Frogg Moody and David Taylor) and in fact was revived by the same Salisbury-based theatre company last November. (Does it include a song that goes “Saucy Jack, you’re a naughty one…”? Probably not.)

Jack, the Last Victim was shot in October/November 2003, partly funded by Screen South, using some of the original East End locations where the murders happened. It was originally announced for release in 2004, then 2005, then 2006, then seemed to just disappear. 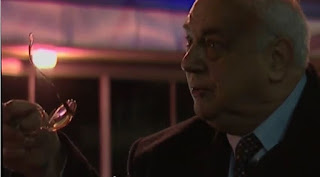 MacGreggor and Wontner had previously worked together in Witch’s Spring, a short which was incorporated into the anthology LovecraCked: The Movie, and were also both in The Sickhouse. She was in A Lonely Place to Die; he was in Karma Magnet. Comedy legend Roy Hudd of course was in The Blood Beast Terror back in the 1960s (and recently popped up in Robot Overlords).

There are some behind-the-scenes photos on Phil Peel’s blog and also on the blog of make-up artist Aida De Bretto (who is Brazilian, so the text is all in Portuguese). There’s also this trailer which was uploaded to YouTube in February 2011.


Was the film completed? Did anybody ever see it? Anyone know anything more about this? Jack the Ripper has been surprisingly absent from the British Horror Revival and it would be nice to see somebody do something with him, in a 21st century way.
Posted by MJ Simpson at 14:44