The Redwood Massacre: UK and US release dates 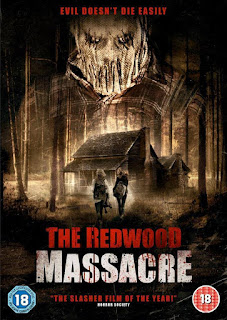 The US disc is pencilled in for 7th July through Uncork'd Entertainment (who also have Devil's Tower, Treehouse and Reverb on their books). That's not on Amazon yet but the UK disc is available for pre-order. This will be out on 27th July through 4Digital Media.

This is Keith's second feature following Attack of the Herbals.


Synopsis: For five adventurous friends, visiting the legendary murder site of the Redwood farm has all the hallmarks of being an exciting and thrilling camping weekend away. A popular site for revellers and party goers, each year on the exact date of the famous local family massacre, people from around the country head out to the site to have fun and scare each other. Events take a bloody turn for the worse when the innocent campers discover the Redwood myth is in fact a horrible bloody reality, which turns the unsuspecting victims into prey for a mysterious axe wielding maniac that has remained dormant for 20 years.
Posted by MJ Simpson at 19:21