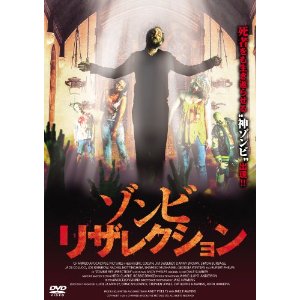 Believe it or not, this is a British horror film. This is in fact Andy Phelps' and Jake Hawkins' Zombie Resurrection which was shot in late 2011 and has made its global debut with a subtitled DVD release in Japan last October. Further international distribution is in the offing, but if you're desperate to see the film asap you can buy it from Amazon.jp.

For info about the film, check www.charmed-apocalypse.com
Posted by MJ Simpson at 19:58