Wild Eye picks up A Date with Ghosts 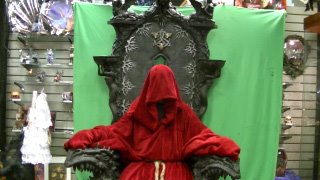 This recent report in the Nottingham Evening Post says that Jason Brown has signed a distribution deal with Wild Eye releasing for his debut feature A Date with Ghosts which was shot in and around Notingham a couple of years ago.

This will be Wild Eye's first British title. They have previously released some good movies including Exhumed and Caesar and Otto's Deadly Xmas.
Posted by MJ Simpson at 22:31