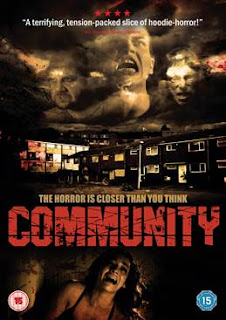 The unlucky duo quickly discovers that problems of drugs and crime in this community go way beyond the norm. This is a community which is about to present the students with material of unimaginable horror - turning their final project into their darkest nightmare.
Posted by MJ Simpson at 19:27