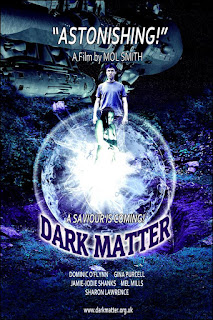 This creepy, trippy sci-fi horror was the promising directorial debut of the writer-producer behind Tainted Love. Scientist James, taking time out to recover from losing his wife in a car crash, finds a meteorite in his garden and receives strange downloads on his PC. Using these – and a bathtub of hot water – he somehow creates a mysterious young woman who must be taught from scratch like an infant but learns very quickly. His friend and former colleague Valerie has some secrets of her own, including a teenage abortion. A blue guy later appears from the same bathtub while James experiences horrifying visions of his wife’s death and frequent ‘timeslips’ to other realities, including one where he and Valerie are married with kids. There are CGI spaceships in orbit because ‘dark matter’ has destroyed their home galaxy, or something. Frankly, if you can figure out the mind-scrambling third act you’re doing better than me. Smith acknowledged his debt to A for Andromeda, which is more than the makers of Species ever did.