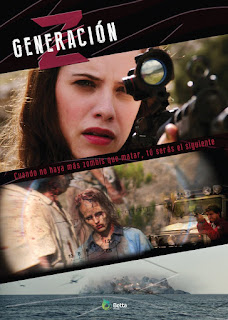 According to the Inaccurate Movie Database there was a limited Spanish theatrical release back in April and some Asian releases last month. A German DVD is scheduled for September (no artwork yet). No news on the UK release so far...
Posted by MJ Simpson at 19:41