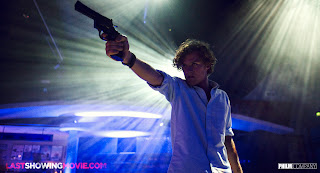 Here are some stills from a new British horror, The Last Showing, which stars Robert Englund, making his second UK frightflick after Strippers vs Werewolves (or third if your count The Killer Tongue). Written and directed by Phil Hawkins (The Butterfly Tattoo), the film also stars Keith 'Lilly's Dad' Allen with special effects from Scott McIntyre (The Holding, Dead Cert, Tower Block etc).

Synopsis: When a young couple, Martin (Finn Jones: Hollyoaks, Game of Thrones, Wrong Turn 5) and Allie (Emily Berrington), have a night out at their local cinema, they become unwitting stars of their own horror story at the hands of Stuart (Robert Englund), a disturbed projectionist. Trapping them in the cinema complex, Stuart uses hidden cameras to play his two victims off against one another, directing them to a finale where there can only be one survivor. 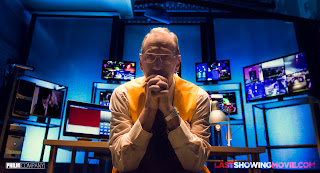 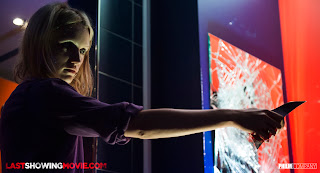 Set for release next year. More at www.facebook.com/thelastshowing