British gay vampire feature Vampires: Brighter in Darkness, originally announced by Peccadillo Pictures for an April release, has been bumped back to 22nd October. 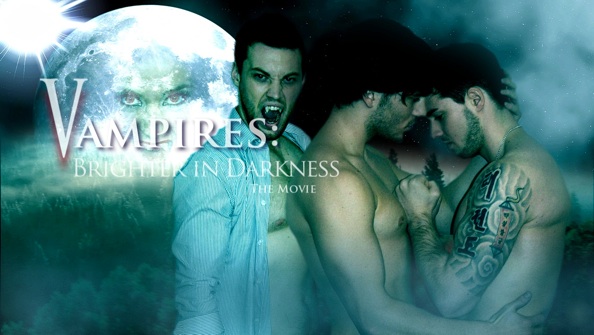 Synopsis
When cute, wide-eyed Toby comes out of a disastrous relationship, sister Charlotte sets him up on a blind date with a difference. What neither of them realise is that the date is with Lucas, a 1500 year old vampire. Before long, Toby is plunged into the dark world of demons, black magic and the supernatural, where nobody is safe and nothing is what it seems... An exciting British feature film brimming with a whole fresh batch of upcoming and easy-on-the-eye local talent, Vampires: Brighter in Darkness brings the romance and terror of the Twilight series to the UK, with a queer twist and oddles of sex appeal.

The feature is evidently based on a web series although I can't work out if it's a remake or a re-edit. A sequel, Vampires: Lucas Rising is in pre-production. Here's the most recent trailer for V:BiD, from December last year (which says September 2012 at the end):