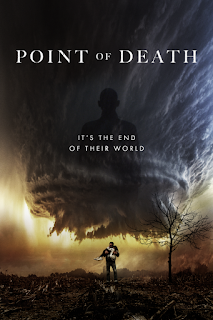 Stone follows the impressive but generic Entity and (frustratingly unreleased) psycho-thriller Schism with this relentlessly creepy nightmare. O’Hara is superb as Alex, a busy businessman who comes home to his wife and 12-year-old daughter in a state of high tension. A weird-looking storm is rolling in across the countryside, a rowan tree in the garden has died, and Alex is hearing his family say inexplicable things that they haven’t said. It’s fairly clear early on that nothing is real and the resolution was obvious and expected even before the original title, In Extremis, was changed to this clangingly unsubtle new one. Nevertheless a brilliant lead performance, Stone’s unerring direction and some great visual effects make for a thoroughly satisfying movie. Name-value actors Willcox and Pearson cameo as a patient and a doctor in the third act; Toyah also sings over the credits. Fellows is a homeless man near the start. Shot in 2015, this premiered (under its shooting title) at the East End Film Festival in June 2016.