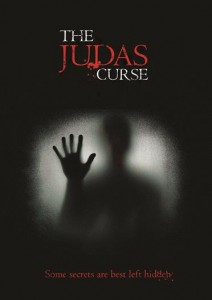 Navin Dev, director of the marvellous Red Kingdom Rising, is working on a new feature.

"The Judas Curse is a horror film that seeks to recreate the classic, down and dirty style of the 1970s typical of the John Carpenter style where the suspense is relies heavily on atmosphere and suggestion, and of course the music.

"It will be shot on location in the dark and mysterious ruins of Horio which are largely unknown to filmmakers but which provide the perfect backdrop to a story that draws inspiration from some of the historic myths and legends that have built up around Judas Iscariot over the centuries. On Symi there is still an annual and controversial ritual involving the burning of Judas.

"Of particular interest to dedicated horror fans is an extremely challenging cryptic competition involving famous quotes from classic films of the genre. This is no walkover and even the most dedicated horror fan will be up against it to solve the ten clues. But to the person who manages to get the most correct answers will be awarded the prize of being able to name a character in the film and deciding to whom the behind-the-scenes lavishly illustrated book about the making of the film shall be dedicated."

Attached cast are Rebecca Grant (Holby City), Wookie Mayer (Heimat 2) and Lorna Doyle (The Tudors). The script is by James Collins, the DP is Felix Schmilinsky (My Brother the Devil) and the composer is Michael Bishop.

There's a Kickstarter thing here. Production is planned for October in Greece.

Synopsis
“When a renegade father dies investigating an ancient myth, he leaves behind a mystery that only his son will be able to unlock. But some secrets are best left buried as Chris Trelawney discovers when he comes to a remote Greek island to collect his late father’s belongings.

"Meeting a beautiful and mysterious woman, Stavroula, he slowly learns to accept that there are stranger things in heaven and earth than he ever dreamed possible. It is not long before he is forced to question everything he holds to be true as one by one the remaining villagers take their own lives, in violent, horrifying ways.

"But will simply unlocking the secret be enough to save the village, Stavroula, and his own son as a dark force 2,000 years old stalks the island, growing stronger with every suicide until there is only one way out. Death. But when under the Judas Curse, death is the easy option.”